Whatever the weather, Cairns is the natural place to meet 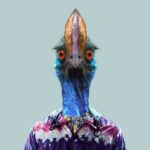 Cairns & Great Barrier Reef is a full sensory experience for delegates. Our seasons deliver warm days all year. Regular rainfall over summer and autumn keeps the landscape a rich green; the rainforest is at its most lush and waterfalls are full and spectacular for pre and post-touring adventures.

In winter and spring, our beaches, rooftop bars, and bright blue skies are a highlight with typically drier days. Delegates can experience a traditional summer feeling all year round.

Summer rains help keep temperatures cooler in Cairns & Great Barrier Reef, with average temperatures only just exceeding 30ºC. The Cairns Convention Centre capitalises on the cooling rains with a clever building design; a first for the country twenty years ago and standing the test of time today.

In 1997, the Cairns Convention Centre was awarded the EIBTM “Most Environmentally Conscious Congress Centre Award”. The award recognised Australia’s very first environmentally designed public building; one of many awards for its energy and resource conservation features.

What do you do with an old roof

Not one to let an opportunity pass them by to upcycle, the Cairns Convention Centre made excellent use of the previous roof structure when it became apparent a replacement was needed. The Centre was turning 20 in 2016, so they designed an iconic gift to recognise all that have contributed to the venue’s success since opening. They salvaged steel from the old roof, commissioned local indigenous artist Wayne McGinness of Aboriginal Steel Art to create a manta rays, one of the ‘Great 8’ must see creatures of the Great Barrier Reef. The gift concept was awarded the International Association of Convention Centre’s Innovation Award (Delegate’s Choice).

The heat is on

To neutralise the rest of the sun’s kick that isn’t absorbed by the solar panels, the Centre has solar-responsive timber louvres installed along the eastern side of the structure. This reduces the level of air conditioning needed to keep the building cool.

A star citizen of the Reef

The Cairns Convention Centre is a founding partner of Citizens of the Great Barrier Reef; the world’s first collaborative conservation movement for the Reef. More specifically, the Centre funds the rehabilitation of a turtle every year through the Cairns Turtle Rehabilitation Centre (CTRC); facilities are located on Fitzroy Island and at James Cook University.

The Great Barrier Reef is home to six of the world’s seven species of marine turtles. A number of these are seriously threatened by a diverse range of natural and human-induced factors. Delegates can also contribute to their conservation with tours and volunteering opportunities available at the CTRC. Or take it a step further and sponsor a turtle’s care in the name of your organisation or business event.

The Centre has been fully refurbished, reopening in 2021. With the $176 million Cairns Convention Centre project now focusing on the extension, and still underway on the exterior of the building, the refreshed internal areas are impressive. New roof sheeting, air conditioning, kitchens, and lighting complemented the rejuvenated paintwork, art installations and inspirational floor coverings of the public spaces.

The expansion includes a 410-seat plenary, three large meeting rooms, exhibition space, a 500-seat banquet room with a large adjoining pre-function space, and an outdoor terrace with spectacular views over Trinity Inlet. The new space will be available in 2023.